The Profile of an Instant Coffee Drinker is a Typical Australian


It’s only human to want to belong: to discover that you think and behave like others. If you’re anything like me, you’ve taken at least 2 or 3 legit personality tests, plus countless Buzzfeed quizzes, like, ‘What kind of coffee are you?’. But I bet you didn’t know that as an Aussie, you’re more likely to be Instant Coffee than that flat white you might be ordering! The link between coffee preference and personality is a hot topic in psychology, and recent profiling of instant coffee drinkers can’t help but be paralleled with the typical Australian personality. With instant coffee accounting for 70% of coffee sales in Australia, and our nation topping the world for consumption by percentage, it’s time to be proud that our favourite brew is as down-to-earth as we are.

The primary character traits of instant coffee drinkers are a perfect match for Australia’s cultural identity:

Aussies pride ourselves on the reputation of being laid back. Our climate, economic stability, and lifestyle make us easy-going people. If there’s a convenient way of doing something, you know an Aussie has figured it out – like the Hills Hoist clothesline or the guy who sent a drone to buy a sausage sandwich rather than walk there himself. Our vocabulary is littered with phrases like: ‘no worries’, ‘no dramas’ and ‘too easy’. Our national dress consists of thongs (not flip-flops), shorts and a singlet, plus a pair of trackies and ugg boots for when it gets colder. We’re so laid back, we proudly refer to our great nation as ‘Straya’. I don’t think American clinical psychologist, Dr Ramani Durvasula, had Australians in mind when she identified the personality traits of different coffee drinkers, but she certainly nailed our collective personality when she described drinkers of instant coffee, labelling them as laid back, taking life as it comes, and not getting too lost in the details.

In ‘The You Code: What Your Habits Say About You’, body language experts, Judi James and James Moore, uncover what our coffee preferences reveal about us. Once again, instant coffee drinking and the Aussie personality are synonymous: these are cheerful, straight forward types, who like a laugh and live by the maxim, ‘if it ain’t broke, don’t fix it’. Another study added optimistic to this assessment. Our positive attitude is summed up in the slang, ‘she’ll be right’. No matter how bad the situation, Aussies won’t let it drag them down. We belong to the ‘Lucky Country’, a land of boundless opportunity and spectacular natural beauty, envied by the rest of the world. And while the rest of the world doesn’t always get our dry sense of humour, we’re famous for it, and comedy is an important part of our cultural identity.

James and Moore go on to say, the no-nonsense instant coffee drinker is allergic to pretentious behaviour. Just like instant coffee drinkers, Australians aren’t “up themselves". We champion the underdog and believe in a fair go for everyone. We identify as the ‘Aussie battler’, even if we live quite comfortably. We have a disdain for authority and elitism that stems back to the convict era. We are hard workers who play down our successes and cut down anyone who elevates themself above others. You won’t get away with pompousness, arrogance or glory-seeking around us because we’ll call you on it then mock you mercilessly.


Instant coffee is the most convenient solution to our caffeine needs, and drinking instant coffee is evidently one of the most Australian things you can do. So fire up the kettle, grab a mug, and get into the free workplace supplied coffee in the breakroom – it would be un-Australian not to! 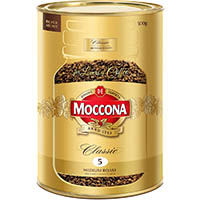 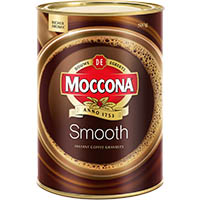 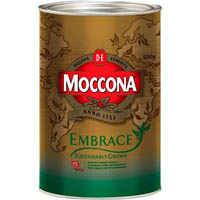 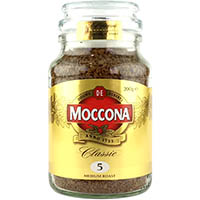